The Kano Model of Customer Satisfaction was developed in the 1980’s by Professor Noriaki Kano of Tokyo University of Science. His model provides a simple ranking scheme that distinguishes between essential and differentiating attributes.

In Kano, we ask a series of questions in two different forms: functional and dysfunctional. For example, let’s say we are asking customers about a GPS navigation system for cars. We first ask the functional form of the question:

We limit the responses to the following answers:

For this example, let’s say that our fictional customers responded with “I like it that way.”

Next we ask the dysfunctional form of the question:

When we do this for an actual project, we can ask this list of opposing questions to multiple customer groups, that is, different sets of individuals who represent different functions of the customer organization. You might have a marketing group, an accounting group, a manufacturing group, and so on. For the purposes of understanding the model, however, let’s imagine that we ask just one question of just one customer group. After we compile our answer pair (the answers to the functional and dysfunctional form), we map it onto a grid, as Table 1 shows. 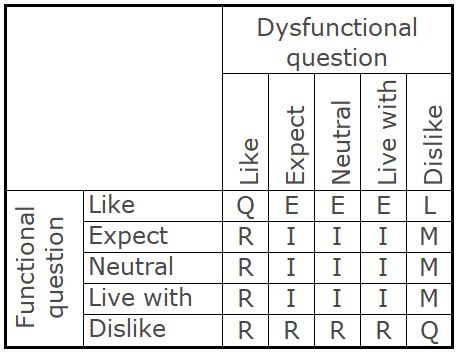 Note that, in our example, our fictional customers answered like to the functional question and expect to the dysfunctional question. When we map this pair to the grid, we can see that the intersection of those two attributes is an E, as the yellow highlighted square indicates. Let’s examine what that means for our prioritized backlog.

If an answer pair is rated Q or R, you should investigate your questions or the answer pair more deeply. 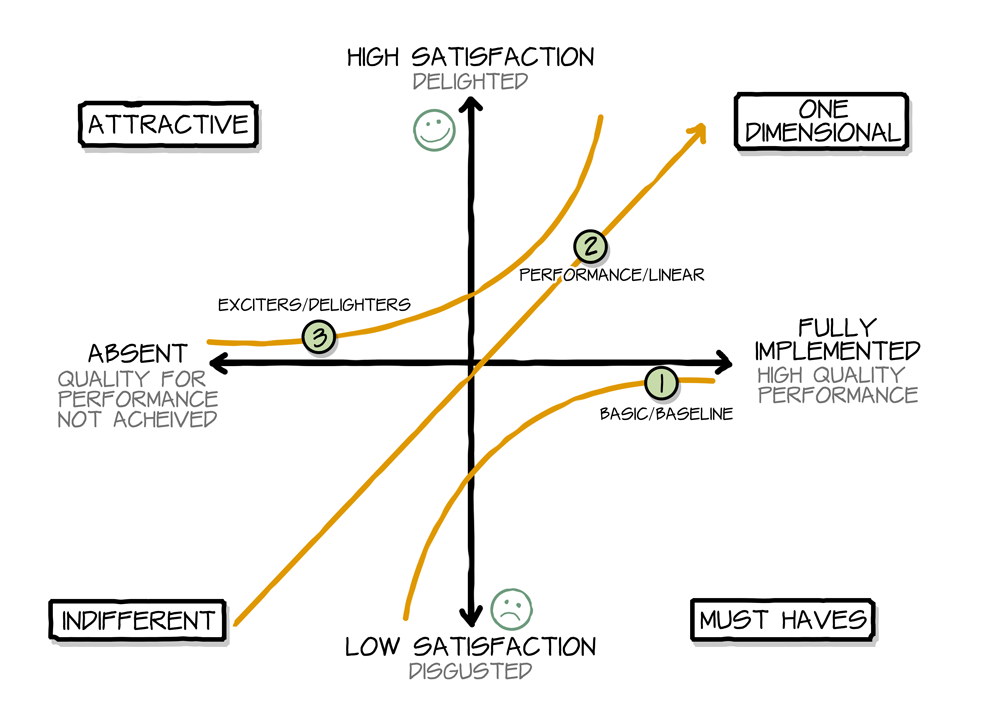